Sometimes scientists and those who work in biodiversity conservation use words or phrases that many people may not be familiar with. If you find a word or phrase you are unfamiliar with, take a look at the wildflower seed pages glossary which provides definitions for some commonly used terms on this part of our website.

Prof Jane Stout, Trinity College Dublin, shares her thoughts on the research that is required around wildflower seed mixes in Ireland

Given the current fantastic interest in creating biodiversity meadows, whatever the size, it’s important that we do it right. The All-Ireland Pollinator Plan has always strived to give evidence-based advice, and so we need to seek that evidence through research.

It is very important to highlight some of what we don’t know around this topic, and how we can address these knowledge gaps. This isn’t an exhaustive list, it’s just a start. As with all research, the more we do, the more questions we have… So, here are 5 questions to start off with:

The different species of plants, and their relative abundance to one another, can have an impact on what pollinators, and other wildlife, these areas can support. Natural species-rich grasslands contain a mixture of soft grasses and wildflowers, and are one of our rarest and most species rich habitats. Often ornamental meadows contain species that are most attractive to the human eye, sometimes incorporating species that don’t occur together in nature, whereas biodiversity meadows and margins contain a mix of species that will naturally occur together. Investigating how the plant communities differ between biodiversity and ornamental meadows can help us understand the value of each to wildlife in urban areas. This can help us to advise whether creating an ornamental meadow in an urban area is worthwhile. Preliminary research in Dublin has suggested that the two can be very similar in terms of both the number of plant and pollinator species, but more sites need to be assessed.

Native Irish species are those that occur naturally on the island of Ireland, which haven’t been brought here by people. Ireland is home to approximately 800 native plant species, less than many other European countries because until about 13,000 years ago, Ireland was covered in ice. These native species are well adapted to our climate, geology, and the other organisms with which they interact (including, for about 78% of these species, their animal pollinators!). Therefore, if we are to promote wildflowers for pollinators, they should be our native ones. However, in some other parts of the world, native wildflower seed packs have been found to contain non-native, and sometimes even invasive species. In order to avoid that, we need to test what’s actually in commercially available wildflower seed mixes.

Even if seed mixes contain species that are native to Ireland, these seeds may come from outside Ireland, and/or be horticultural varieties of native species, rather than the real thing. Why does this matter? Well, again, it is because our native species have become adapted to Irish conditions and are an important part of our genetic biodiversity. If we bring in seeds from elsewhere, we’re introducing different genes, that might not be so well adapted, and could spread into our native populations. This is particularly important in natural/semi-natural sites. We can use molecular (DNA barcoding) methods to compare the plants that grow from commercial seed mixes and compare their genetic fingerprint with material from real wildflowers from Ireland.

‘Green hay’ is harvested from a meadow when grasses and wildflowers are still green and shedding seeds, and is quickly moved to a nearby recipient site and spread so that the seeds can drop into the soil in the new site. In theory, this can be a great way to create new semi-natural meadows and margins containing locally-adapted plant mixtures, however, we need to test how effective this approach is in different types of sites, how long it takes to establish, and whether there are ways we can make this more successful. As more and more groups pilot this method, we can share the collective wisdom that is generated by this approach. 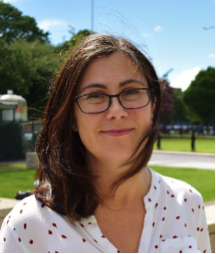 About the author: Jane Stout is a Professor in Botany at Trinity College Dublin, an ecologist who has studied bees and their foraging behaviour for >20 years. She was one of the instigators of the All-Ireland Pollinator Plan and is deputy Chair of its Steering Group.