The latest two solitary bees to arrive in Ireland are the Ivy Bee (October 2021) and the Hairy-footed Flower Bee (March 2022). Please keep an eye out and email a photograph if you think you’ve spotted them. It will be very useful to track their expansion across Ireland in the coming years 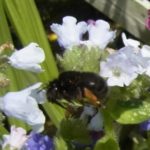 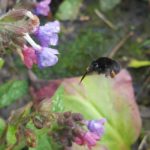 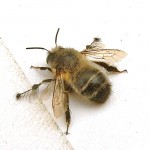