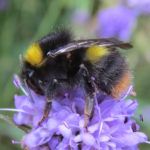 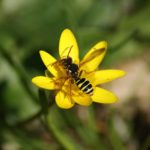 The species profile tab allows you to search for information on any of Ireland’s 98 bee species. In the majority of cases the information provided refers to known data on Irish bees. The species pages all have a common structure. Simple key identification features are provided based on observation of Irish specimens. Information is also provided on flight period, nesting biology and preferred environment, based on data held in the national bee database. This database contains all known bee records since 1890 that it has been possible to source. Data on the known flowers visited and the world distribution of each species have been taken from Westrich (1989). The conservation status of each species in Ireland is taken from the Red List of Irish bees (Fitzpatrick et al. 2006). Each species is accompanied by a photograph and a distribution map which links to the live data available through Biodiversity Maps.