The Northern Colletes (Colletes floralis) is a ground-nesting solitary bee that is restricted to flower-rich coastal habitats such as dunes and machair. It is facing severe decline in Northern Europe, with Ireland currently holding up to 90% of the remaining populations of the bee in the Atlantic zone. Under-grazing, agricultural intensification and development has resulted in reduction and fragmentation of its habitat.

In Ireland, it is almost exclusively coastal and found around the entire coast apart from a gap in the northeast between White Park Bay, Co Antrim and Baltray, Co Louth. Within Northern Ireland, the Northern Colletes has been recorded in four main locations: Magilligan/The Umbra, Portstewart strand, Burnfoot strand and White Park Bay.

It is the only wild bee species that is more widespread in Ireland than in Britain.

An all-island partnership was established to provide resources to help protect this bee, led by the National Trust and comprising of the National Biodiversity Data Centre, Buglife, the National Parks and Wildlife Service, and with funding from the Department of Agriculture, Environment and Rural Affairs.

Three free resources have been produced to help communities protect the Northern Colletes Bee. These are free for you to download and use: 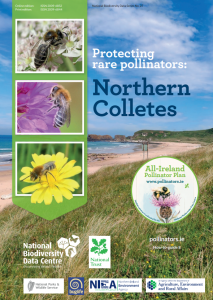 Northern Colletes poster or information board: 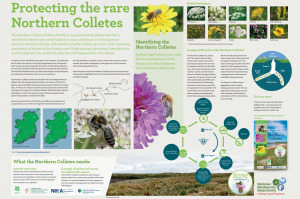 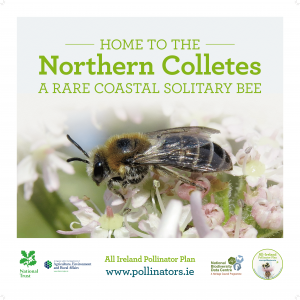