The Large Carder Bee (Bombus muscorum) is a species of bumblebee, also commonly known as the Moss Carder Bee. Bombus muscorum is listed as Near Threatened in the Irish Red List of Bees (2006) and as Vulnerable in the European Red List of Bees (2014). Unfortunately, the most recent data from the All-Ireland Bumblebee Monitoring Scheme shows an ongoing decline in the species.

In Ireland, the Large Carder Bee remains widespread but is generally rare in most locations. It is currently found in greatest density in coastal areas where flower-rich dunes, machair or grasslands remain. It also occurs on flower-rich bogs and heaths. Uniquely in Ireland, it can be found in urban environments, particularly in areas where there are large meadows in urban parks

The Large Carder Bee emerges late from hibernation and is dependent on native grassland plants. It has a naturally small nest size and does not travel far from its nest to feed. These factors make it more vulnerable to decline. It is in trouble because our landscape no longer contains enough of the habitats it requires for food, close to safe areas where it can nest.

The positive news is that we understand what this bumblebee needs, and why it is in difficulty. Any local community lucky enough to have the Large Carder Bee within their area can take simple and low-cost actions to ensure its survival. Unfortunately, data over the last decade shows that the bee is currently on a downward trajectory, so the need to act is urgent.

We want to encourage local communities to come together to protect this rare pollinator. We are delighted to have collaborated with Sustainable Skerries and Fingal County Council on the guideline document. Skerries in Co Dublin has been leading the way in demonstrating how a local community can work together and take action. Since they began their efforts in 2019, the bee has already expanded its range within the town.

Resources have been produced to help local communities protect the Large Carder Bee. The guideline document outlines 10 actions that can be taken. These resources are free for you to download and use: 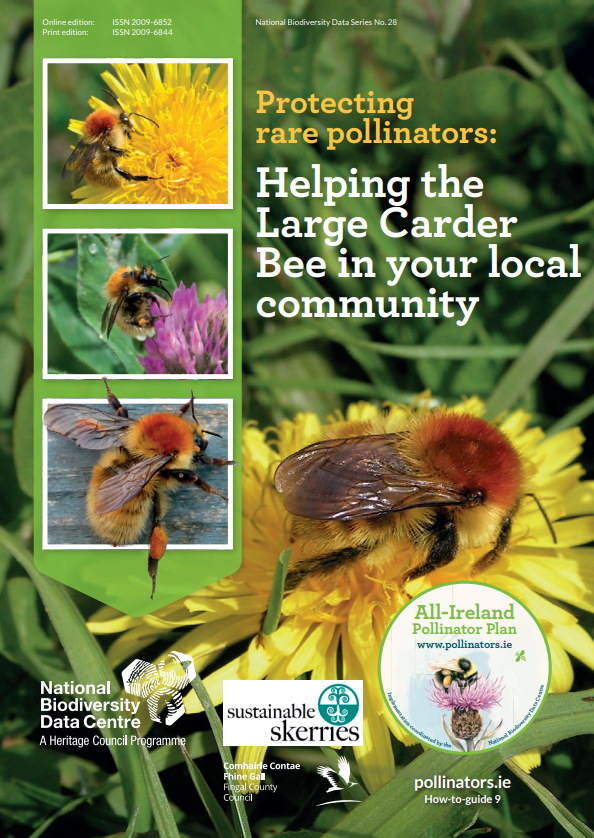 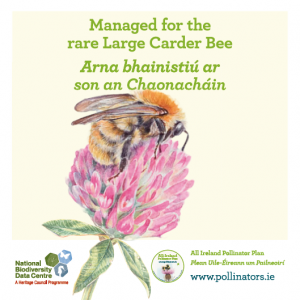