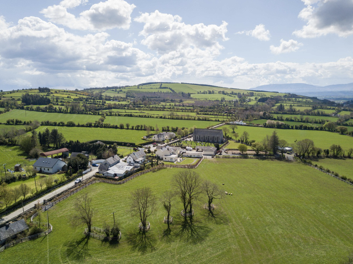 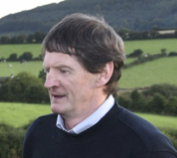 Richard Walsh, secretary of Tullahought Tidy Towns, on the journey to their 2019 Pollinator Award for the South East.

The Tullahought Tidy Towns committee and the residents of the village were delighted to win the South East Region Pollinator Award for small towns for the second consecutive year in 2019.

Tullahought has been competing in the Tidy Towns since 1992 and while we have been making steady progress over the years in the main competition, to a point where we are now at silver medal status, we had not achieved any success in the Special Awards categories until 2017 when we won a Value Water Award.  This combined with the Pollinator Awards in 2018 and 2019 gives us a unique three in a row of special awards.

Much of this success can be attributed to biodiversity friendly actions over the years by past committee members and the understanding that any new projects would need to blend in with and complement the natural rural landscape of the village.

Our tidy towns committees have been drawn from a population of predominantly small farm holdings in an era when every household would have their own vegetable garden, leading to an understanding of nature and the importance of pollinators.

Following our success in winning the Pollinator award in 2018 we looked to see what further actions could be taken around the village to help our pollinators.

In 2018, we engaged an Ecologist to produce a comprehensive Biodiversity Plan for Tullahought and its environs, with a special emphasis on pollinators. Many of her short term suggestions had been implemented in 2018, however there were some longer term objectives outstanding which we addressed for 2019:

The various stone projects mentioned above compliment the many beautiful ancient stone walls in the village.

Our actions for pollinators and biodiversity in  2019:

In 2018/19, we extended our stock of stone-walling by removing a concrete wall outside a holiday home in the centre of the village and replacing it with a stone wall planted with pollinator-friendly sedum and alpines.

Our local sports field has remained unfertilised for many years. It is normally used in February/March for training when the main sports field in the parish is too wet to be used. It is used again in late August during our Heritage weekend. Outside these times it is only used by local children for recreational sport.

In 2019, we introduced a six-week cutting cycle  for the pitch itself (App. 4,800 m2) and allowed a natural wildflower meadow to flourish outside the pitch boundary(App. 2,700 m2) . This has been supplemented with a 140 m2  strip of wildflowers along the south-facing boundary.

Our re-landscaped bed on the Kilmoganny road has been planted to benefit pollinators with: Lavender, Wallflower, Irish Wildflowers, Clover, Forget me not, Dandelion, Nettle, Sedum, Primrose, Chive, Foxglove, Lupin) included. New planters in the church grounds are also planted with pollinator-friendly species.

Many of the actions and decisions taken by the tidy towns group to help pollinators can go un-noticed by the general public. Our widespread use of the Pollinator Plan’s Gardening for Wildlife signage throughout the village is one way to educate the public on a simple action to help pollinators. With many villages and towns adopting these signs, they have become instantly recognisable.

Similarly in our wildlife area, we use novelty signage to draw attention to different biodiversity actions which anyone could adopt for their own garden: bug boxes, solitary bee nesting sites, log piles, bird and bat boxes, etc.

In 2019, we also made Solitary Bee Nesting lodges from the thinnings from a  local woodland and we have provided them free to the general public by leaving them at our surplus produce stand at our wildlife area. These proved to be in great demand both with locals and visitors to the village. Hopefully they have served the bees well over the winter.

Two Tullahought examples of nature providing for its own (helped by pollinator-friendly humans):

An old sycamore tree which was struck by lightning a number of years ago was pruned back to make it safe. The remaining trunk has been the home to a nest of honeybees for the past few years.  In 2019, the rotted trunk finally collapsed and fell on to the adjoining lawn. After a few days, the bees readjusted to the new position of their home and the wildlife-loving house owner has decided to leave the tree where it fell and avoid the area when cutting the grass.

In another location, on the Carrick-on-Suir road, a beech tree fell to the winter storm, the uprooted tree bringing a section of earth with the roots. This clump of earth has now become a perfect habitat for mining bees.

When the Pollinator Award was launched in 2016 we felt we now had a Special Award suited to our rural village of Tullahought where we felt we could benefit from our past efforts. Of course we also realised that we had to continue to improve our efforts if only to save our pollinators.

Participation in the Bumblebee Monitoring Scheme is an essential tool to help guide the All-Ireland Pollinator Plan. However, more efforts need to be implemented nationally, at EU level and worldwide to eradicate the use of harmful pesticides which are wiping out our populations of pollinators.

The Tullahought Tidy Towns committee look forward to 2020 and beyond with plans to continue to improve our pollinator-friendly village. 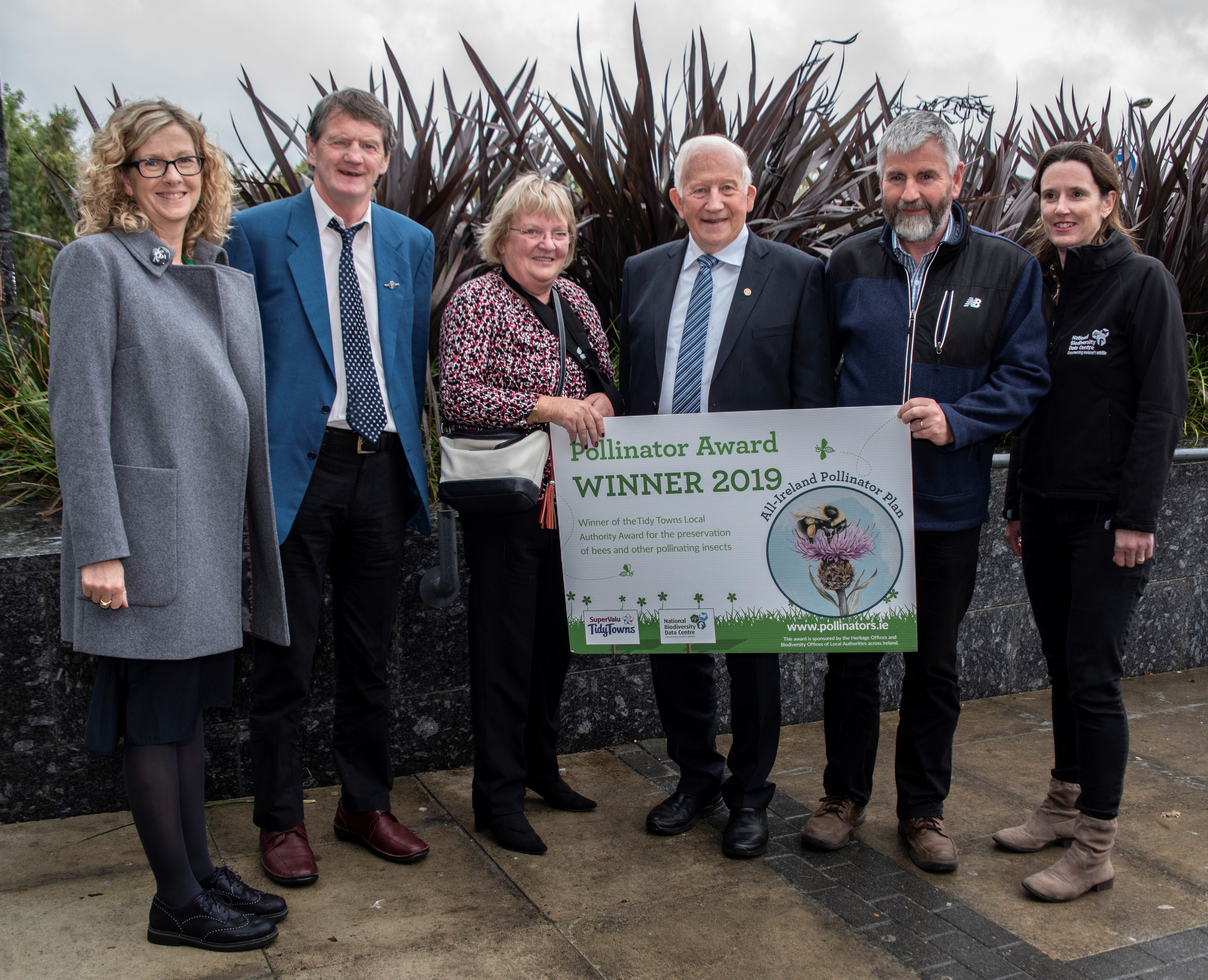