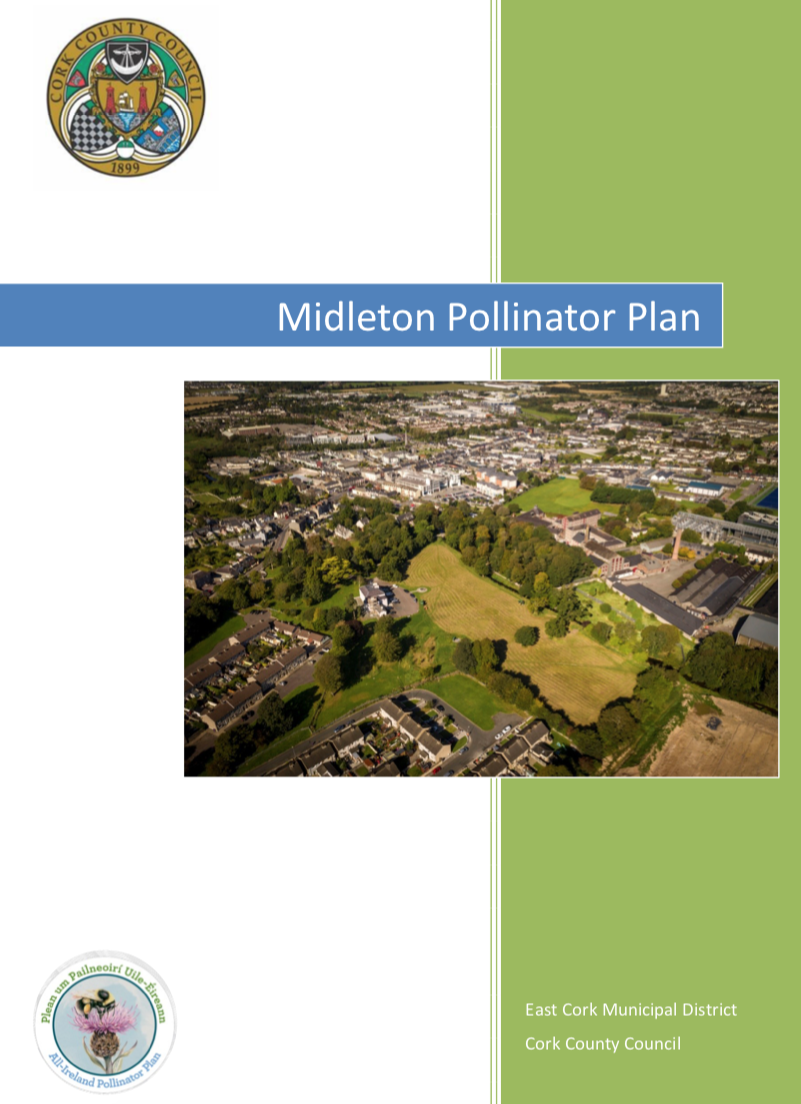 Here is an excerpt from Midleton’s Pollinator Plan:

“It is intended that the approach and actions taken in 2019 as our response based on the All-Ireland Pollinator Plan to supporting pollinators and biodiversity as described in this plan will be replicated and expanded, not only in Midleton but throughout the East Cork Municipal District, into the future. Engagement and actions throughout the East Cork Municipal District will be encouraged and supported through community groups, existing environmental groups (e.g. East Cork Biodiversity Networking Programme) and schools (e.g. St. Colmans Community College and Gaelscoil Mhainistir na Corann). Community groups already doing great work in creating and maintaining attractive amenity areas throughout the East Cork Municipal District will continue to be supported through the Council’s community fund grants schemes and will be encouraged to implement the actions recommended in the All Ireland Pollinator Plan.

The Wildflower meadow developed in the grounds of Midleton Lodge in 2019 surpassed our expectations in how quickly and strongly the area recovered and growth from the existing seed bank flourished, including the rare Bee Orchid. There was a significant increase in pollinators and bird life and visitors to the park. The pollinator and biodiversity supporting flower beds created at the The Rock and in the Coolbawn with their variety of perennial plants of different type, colour and form received many favourable and appreciative comments from natives and visitors alike. We look forward to developing similar pollinator and biodiversity supporting projects throughout the East Cork Municipal District into the future, including adapting our management of parks and open spaces and our tree planting programme and maintenance programmes, with expert advice, to reflect and incorporate the strategies and recommendations in the All Ireland Pollinator Plan.

This plan presents actions as outlined in the National Biodiversity Data Centre guidance document “Councils: actions to help pollinators” and where the actions will be implemented in Midleton. Progress on the implementation of the Midleton Pollinator Plan will be carefully tracked. Success is not measured in having the Plan, but by knowing that it is working. This plan sets out clear and effective actions firmly based on the advice promoted in the All Ireland Pollinator Plan of the National Biodiversity Data Centre.” 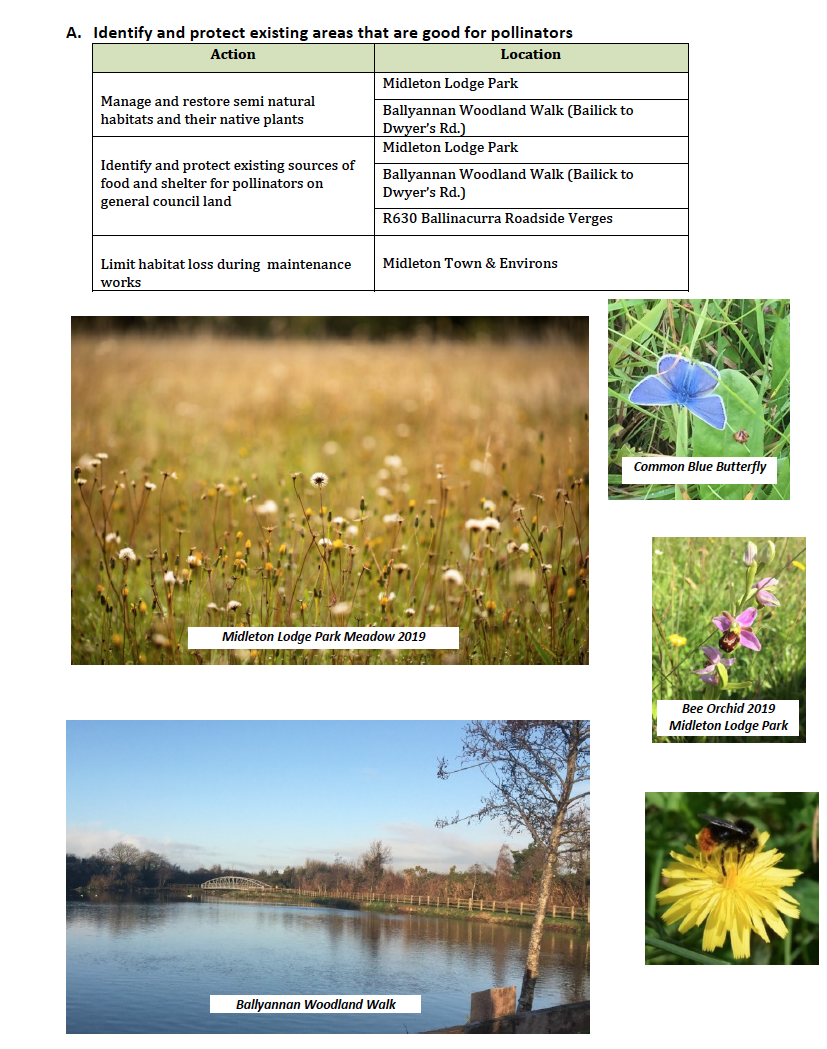 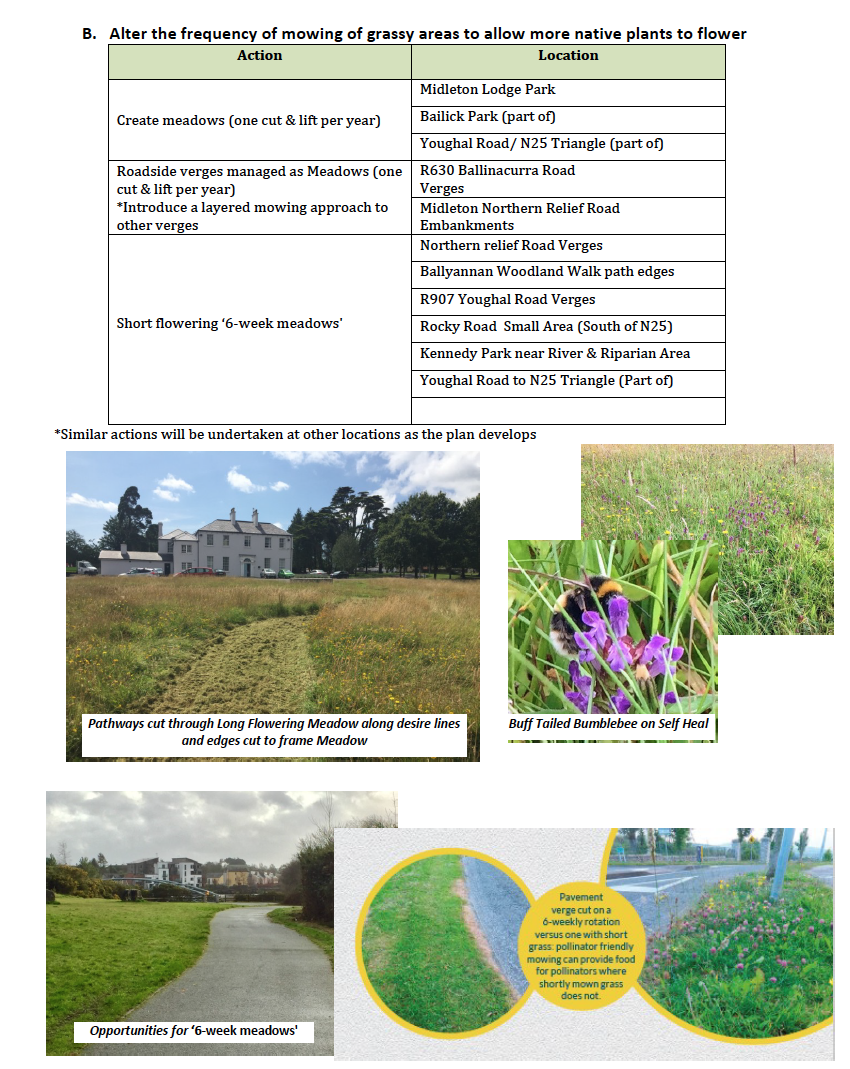 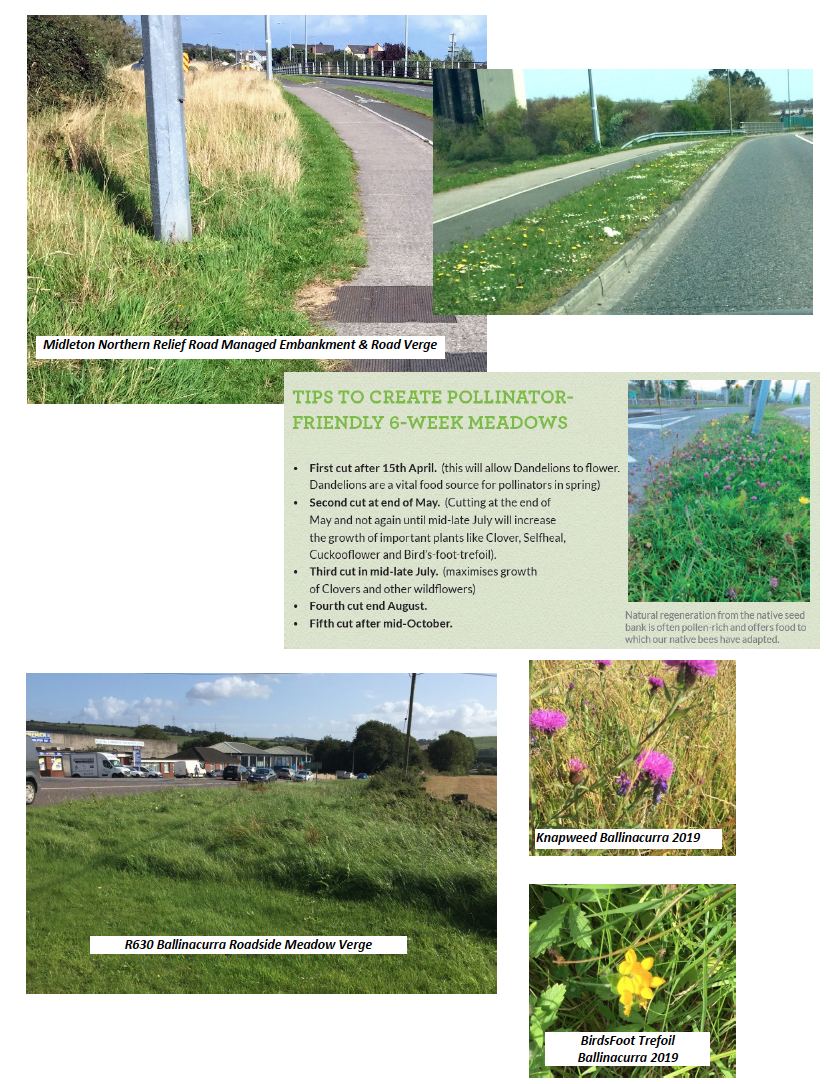 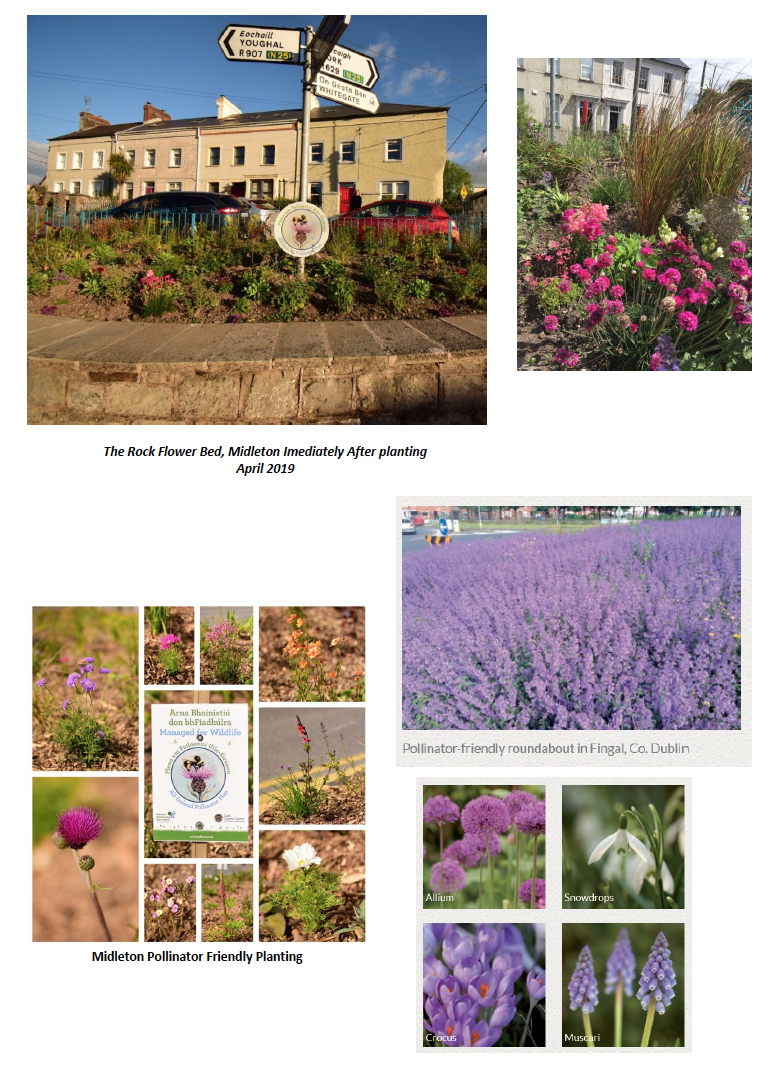 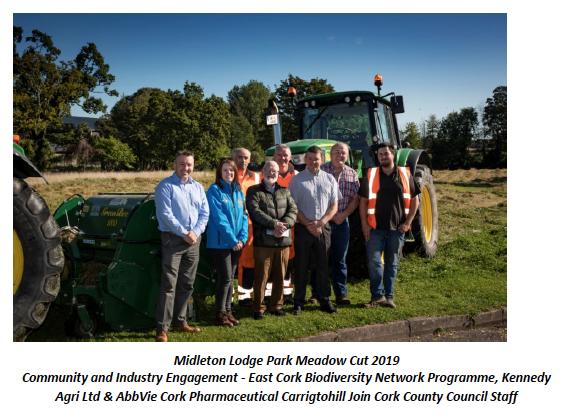 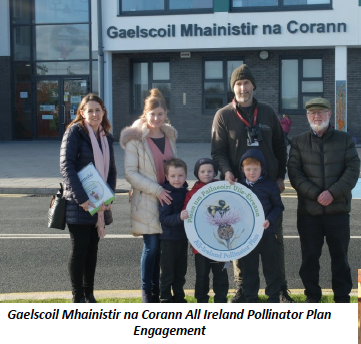 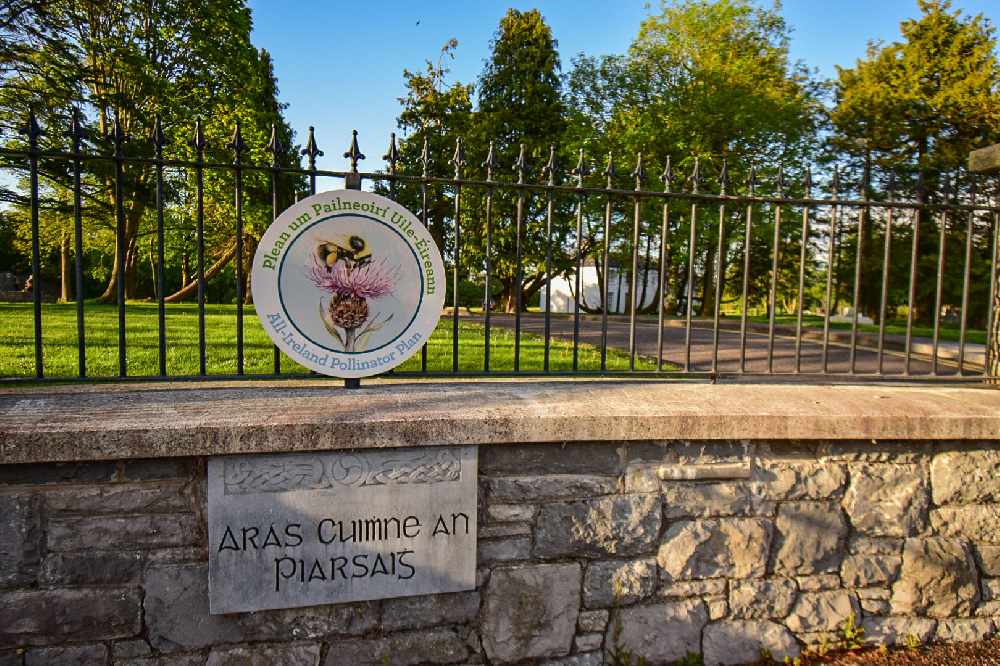 Blog: "Beekeeping is important, but getting hives is not an action that is helping the #AllIrelandPollinatorPlan. Honeybees are not in decline and adding new hives to the landscape is not a biodiversity action"
Instead we must help our 98 wild bee species.
https://pollinators.ie/beekeeping-is-important-but-getting-honey-bee-hives-is-not-an-action-that-is-helping-the-all-ireland-pollinator-plan/

Butterfly numbers are finally begining to pick up with the sunny weather. We are looking for volunteers to participate in the Garden Butterfly Monitoring Scheme to make regular 15 minute counts of butterflies. Check out https://bit.ly/3zkFQ9O if you'd like to help 🦋🌼🌻🌞

🐝🐝Are solitary bees the working single mothers of the pollinator world? @kburns_buzz from @ucdagfood tells us more about these often overlooked bee species and explains what we can do to support them in the second entry in our new A-Z series.

Noticing a number of wildflowers appearing which would not bloom there otherwise.

Having a great time buzzing about the @PollinatorPlan park in #Birdhill. Such a gorgeous park with so many thoughtful features like "pick some herbs" garden & the Nook sensory space.

We'd the whole place to ourselves.