This blog is part of the ‘Dispatches from Researchers’ series, which features guest articles written by experts in pollination and related fields.

Bees are a beloved group of animals. Fuzzy, cute and clumsy they inspire warm positive emotions about nature, so it’s not uncommon to see people on social media saying things like ‘if the bees go, we go’ or #savethebees.

In the public discussion on how to protect bees there’s pretty much just one thing to blame for killing bees, and that’s pesticides, but the story is a bit more complex.

So, let’s drill into the topic by answering three questions:

2) Are pesticides bad for bees?

Yes, is the answer to that. However, there’s something like 20,000 species of bee globally, and we don’t really know how most of those species are doing. Europe probably has the best data on bees, and for 79% of species we don’t even know if their population are going up or down. For the species we do know, about 1 in 3’s populations are shrinking.

While we know that many species of bee are in decline and many more are probably in decline, we’re not really at risk of ‘the bees’ going extinct any time soon. This is because there are plenty of bee species whose populations are stable and relatively healthy. What we are at a real risk of though, is seeing more and more species go regionally or globally extinct, which could mess up ecosystems in all sorts of ways. 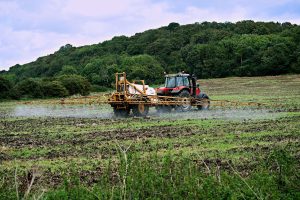 2) Are pesticides bad for bees?

Pesticides is a very broad term, it basically means ‘any chemical that kills a pest’. It covers insecticides, which kill insect pests like aphids and caterpillars, herbicides (weedkillers), which kill weeds, fungicides which kill fungal diseases on crops and many more niche categories.

Insecticides are, broadly speaking, not great for bees. After all they are designed to kill insects. Over the last 60 years insecticides have come a long way in being less and less harmful to bees and the environment more generally. Early insecticides, like DDT, were ecologically devastating, but as time progressed insecticides have become more and more safe for bees as older substances get banned. Still though, neonicotinoids were only developed around the turn of the millennium, and they were pretty harmful to bees (only being banned in 2018). On balance, some insecticides probably are bad for bees, but not as bad as they used to be. Some other insecticides have been tested repeatedly, with very little evidence that they’re particularly bad for bees.

Most pesticides haven’t been researched enough to really know if they’re bad for bees. With only a scattering of research on most substances it’s very difficult to say with confidence if, when used by farmers, the pesticide is actually bad for bees. Simply put, we don’t know enough about most pesticides to say they’re safe or to ban them for being unsafe. This is particularly true for most herbicides and fungicides. Now, this isn’t to say scientists aren’t trying, just that it’s a tremendous amount of work to do on a vast number of different pesticides. 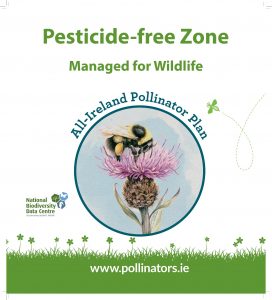 We know bees are in decline and some pesticides are bad for bees, we can ask: are pesticides causing bee declines? The answer here is yes, but other factors are having more impact.

Despite the harm pesticides cause, the most important factor in bee declines is undoubtedly changes in land use. Just about every habitat that bees live in has shrunk over the last 200 years. We’ve lost the vast majority of all wildflower meadows, the area of land covered by concrete has skyrocketed while farms and fields have become larger, losing many features like hedgerows and woodlands where bees could nest. While bees can, and do, survive in both urban areas and intensive agriculture landscapes, the diversity of species and population size that can survive there is greatly reduced. Other factor like the spread of disease and invasive species are also putting pressure on bees.

Bringing it all together, we do need to be worried about our bees. Their populations aren’t as healthy as they should be, and several factors are putting them under stress. Some pesticides are probably fine, others are probably bad for bees, but we can’t ignore the impact of changes to land use. We need to address both hazards to bees, but not just focus on pesticides.

Looking to the future, as we continue to expand our footprint the pressure on bees may grow. There is hope though, as many farmers are taking the initiative and setting land aside for bees and wildlife more generally. Some farmers are also becoming more and more careful in how they use pesticides, avoiding their use unless absolutely necessary. However, as climate change ramps up we’ll see bees face even more pressures, like wet springs and unpredictable weather, which could undo any progress we make.

It’s yet to be seen if current efforts are enough to reverse bee declines. For the sake of our fuzzy, cute and clumsy little friends, and the vital role they play in our food production and environment, we have to hope they are.

The All-Ireland Pollinator Plan recommends avoiding the use of pesticides as one of the Top Ten Actions for Pollinators. 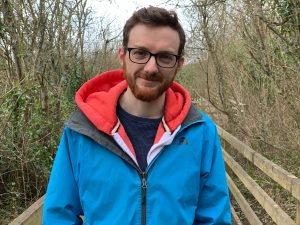 Dr Edward Straw is a researcher at University College Dublin where he studies the impacts of pesticides on bee health. He researchers how minor ingredients in pesticides affect bumblebees and how farmers can use pesticides more safely for bees. He is part of the PROTECTS project (@ProtectsProject & https://Protects.ucd.ie), funded by the Irish Government’s Department of Agriculture, Food and the Marine’s Competitive Research Funding Programme (Grant Award No.17/S/232).

Our latest blog is a postcard from Whitechurch Church of Ireland Parish in Rathfarnham, Dublin, who used our guideline 'Faith Communities: Actions to Help Pollinators' to make their grounds more pollinator-friendly.