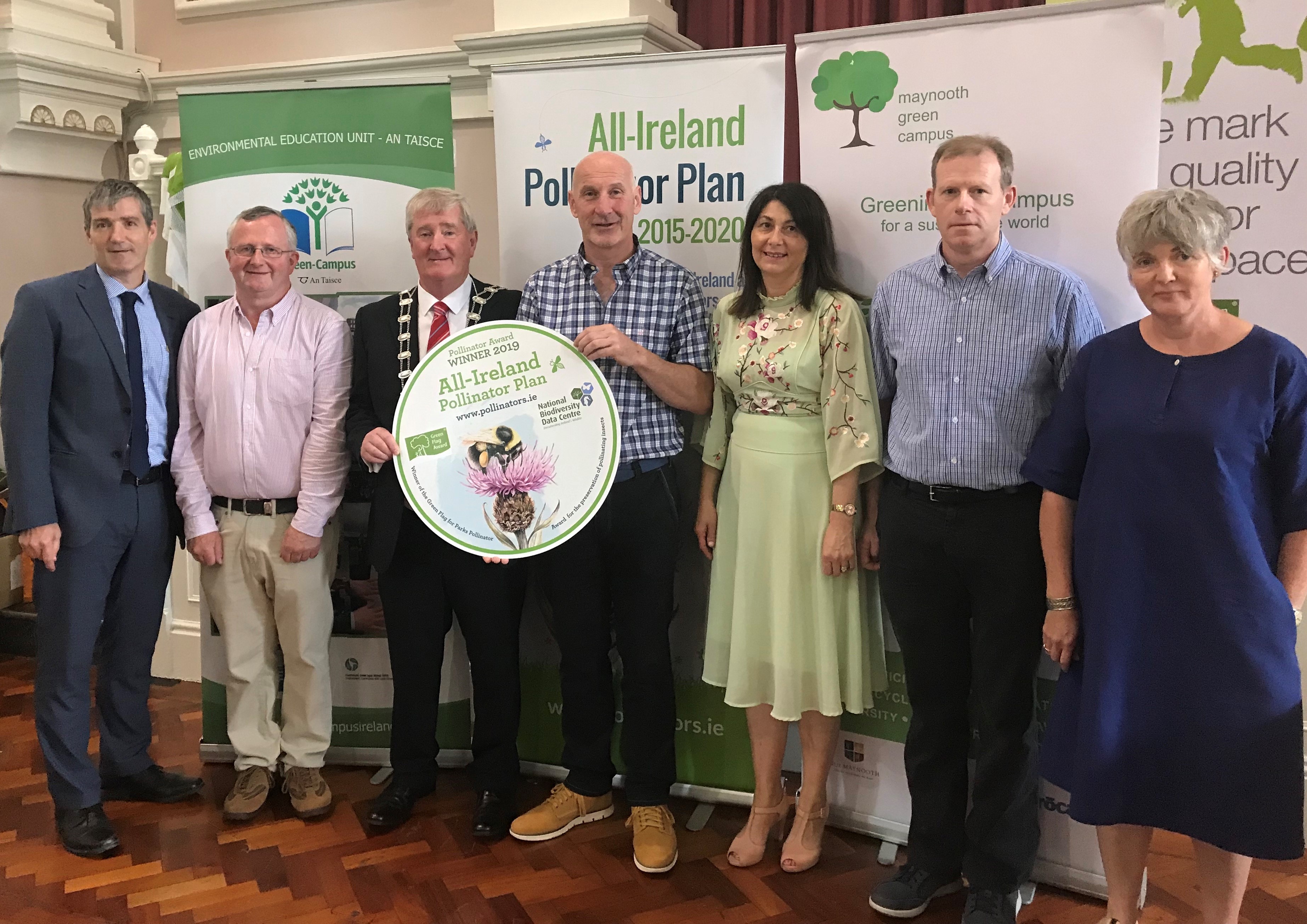 On July 17th, over 250 park and garden staff from around the country attended the 2019 Green Flag for Parks Awards at Maynooth University. The Green Flag Award scheme recognises and rewards well-managed parks and green spaces, setting the benchmark standard for the management of recreational outdoor spaces around the world. Only awarded for exceeding tough environmental standards in green space management, the Green Flag Award for parks is the mark of a quality park or green space and is recognised throughout the world.

Four of the 2019 Green Flag Award winning parks were also identified by the National Biodiversity Data Centre for an additional Pollinator Project Award. According to Pollinator Plan Project Officer Juanita Browne who presented the pollinator awards, “the Green Flag for Parks Pollinator Award is helping to create change on the ground and increasing awareness of the importance of pollinators. It’s really humbling to hear all that is being done for biodiversity, through this award process, in our parks around the country. We’re so grateful to all the park managers who have adopted the All-Ireland Pollinator Plan and for all they are doing to help biodiversity.”

The Pollinator Project Award is jointly run with An Taisce Environmental Education to support the All-Ireland Pollinator Plan, and is sponsored by Young’s Nurseries, Limerick.

The overall 2019 Pollinator Award went to Malahide Demesne and Talbot Botanical Gardens, operated by Fingal County Council. Management at Malahide Demesne have invested a lot of work in making the grounds more pollinator-friendly in recent years, including protecting 37 acres of wildflower meadows, extensive native hedgerows, planting 45,000 pollinator-friendly bulbs; and elimination of pesticide use. The staff at Malahide also makes a great effort to educate the public and to promote these efforts through its website and social media.