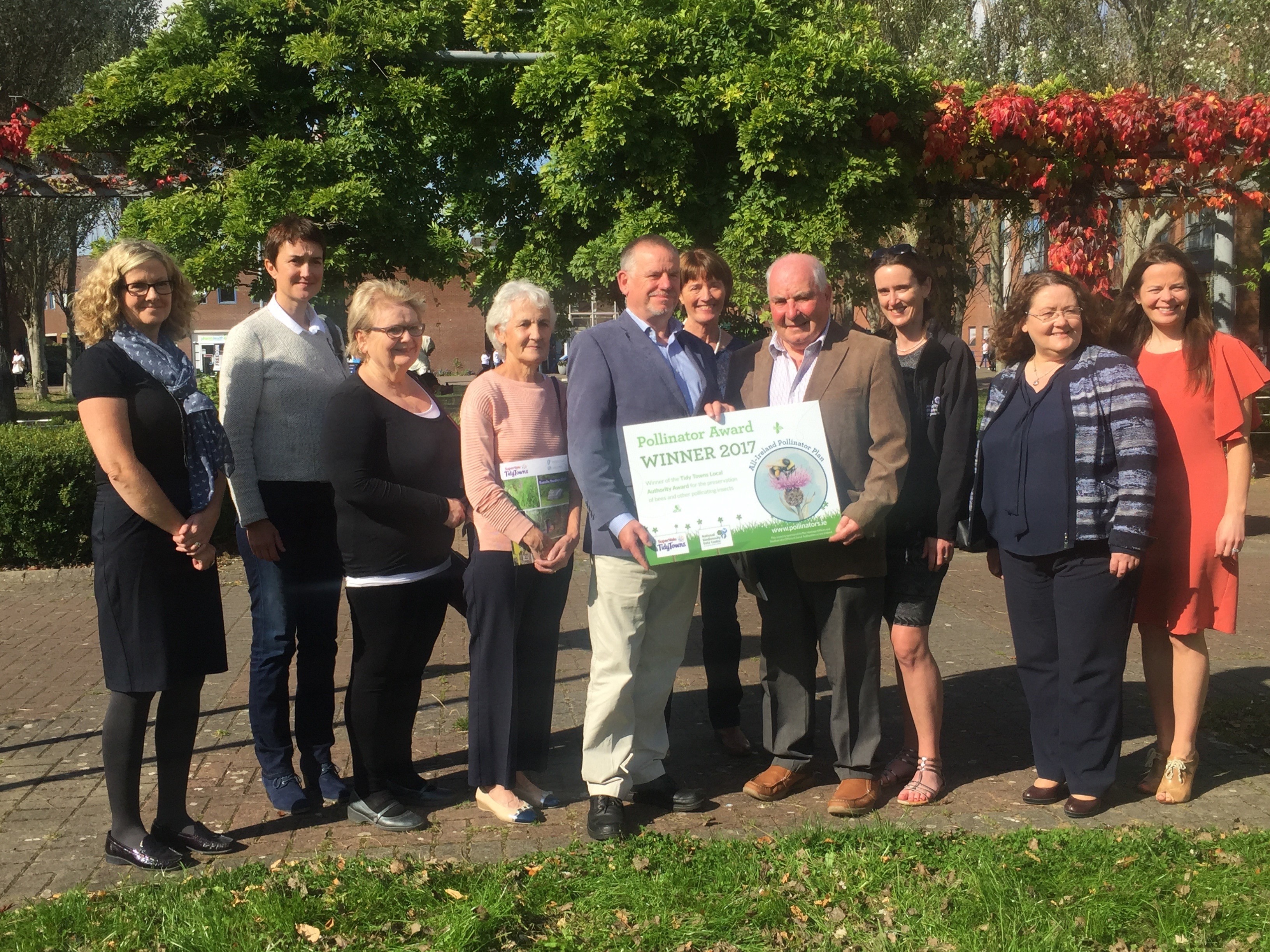 At the National TidyTowns awards on Monday August 25th, Geashill won first place for the Local Authority Pollinator Award.  There were 70 entries in this year’s award and being the second year of the Pollinator Award, many groups put 12 months’ work into their pollinator award entries.

Geashill had a very strong range of actions including surveys, mowing and hedge cutting regimes, specific planting programmes from bedding plants to trees, log piles, earthen banks and stone walls for habitats.  A clear element of their submission was the range of advice and collaboration undertaken with a range of experts. There was also great collaboration with the national school with their ‘Pollinator Paradise’ art competition, IWT Badger Club and the local community.

The award was presented by Anna Maria Delaney, Chief Executive of Offaly County Council on behalf the Local Authorities and Dr Una Fitzpatrick from the National Biodiversity Data Centre and Project Coordinator of the All-Ireland Pollinator Plan.

The Local Authority Pollinator Award aims to encourage TidyTowns groups to implement pollinator friendly actions in their towns and villages as part of the TidyTowns competition. It supports the All-Ireland Pollinator Plan and is coordinated and sponsored by the Heritage Offices & Biodiversity Offices of Local Authorities across Ireland, in partnership with the National Biodiversity Data Centre. 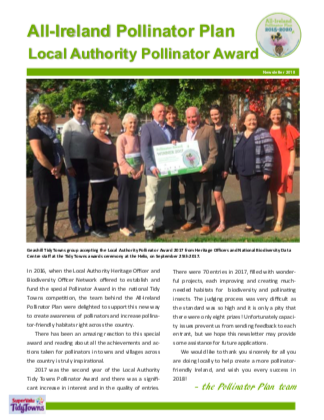