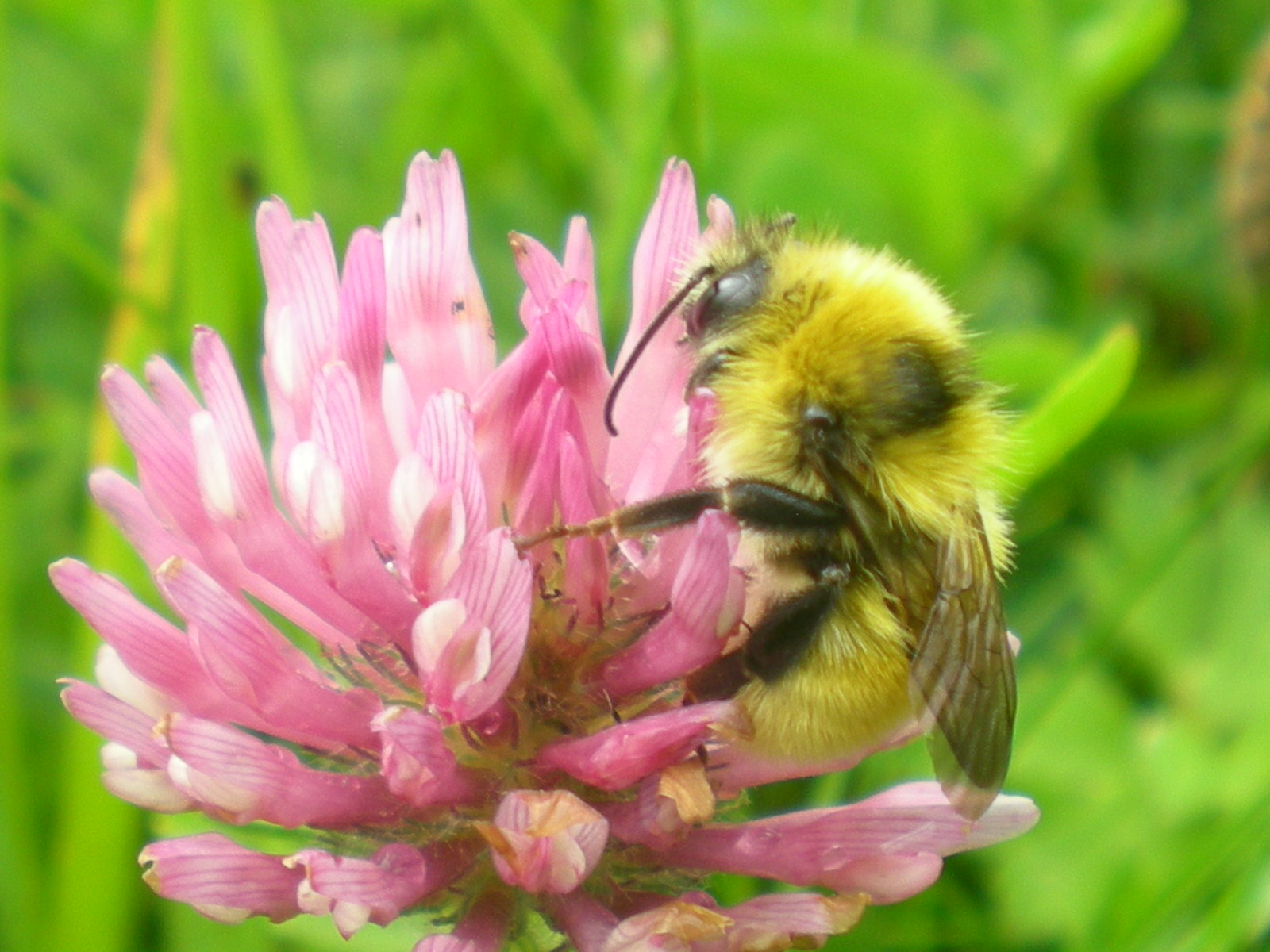 Bhéal an Mhuirthead (Belmullet) is situated on an isthmus between Blacksod and Broadhaven Bays in the heart of the Erris Gaeltacht in County Mayo. Belmullet has had an active Tidy Towns Committee dating back to the 1950s. In recent years the committee has made steady progress, gaining one bronze, five silver and two gold medals in the national competition, and winning Gradam na Gaeltachta on three occasions.

Baile Slachtmhar Bhéal an Mhuirthead have been endeavouring for some years to create an awareness of the wealth of wildlife to be found on our doorstep and in recent years we have become more aware of the importance of bees to pollination, and are concerned about the decline in bee populations.

The Mullet Peninsula is home to Ireland’s rarest bee – the Great Yellow bumblebee (Bombus distinguendus) and is one of very few places in Europe with a sustainable population. Working in conjunction with Mayo County Council and Birdwatch Ireland, we are doing everything we can to show what can be done to help the Great Yellow Bumblebee and other pollinators.

In Ireland, the Great Yellow Bumblebee was never common, but it was found across the island prior to 1960. It is now confined largely to the Mullet Peninsula 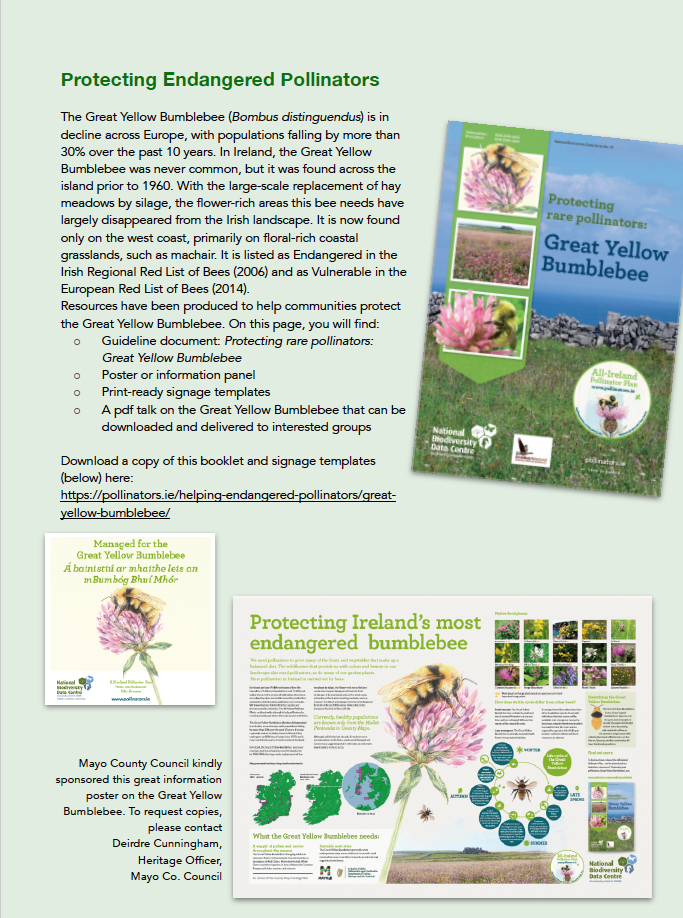 Following training workshops in 2018, our mentor, Dr Karina Dingerkus, from Giorra Environmental, encouraged us to apply for the National ‘Together for Biodiversity Awards 2019’. Our project ‘It’s all about the Bees and the Seas’ aimed to create more awareness of the wealth of biodiversity in our area, and to our delight we won the Small Community Project Award and this win encouraged us to enter the Pollinator Award for the first time in 2019. 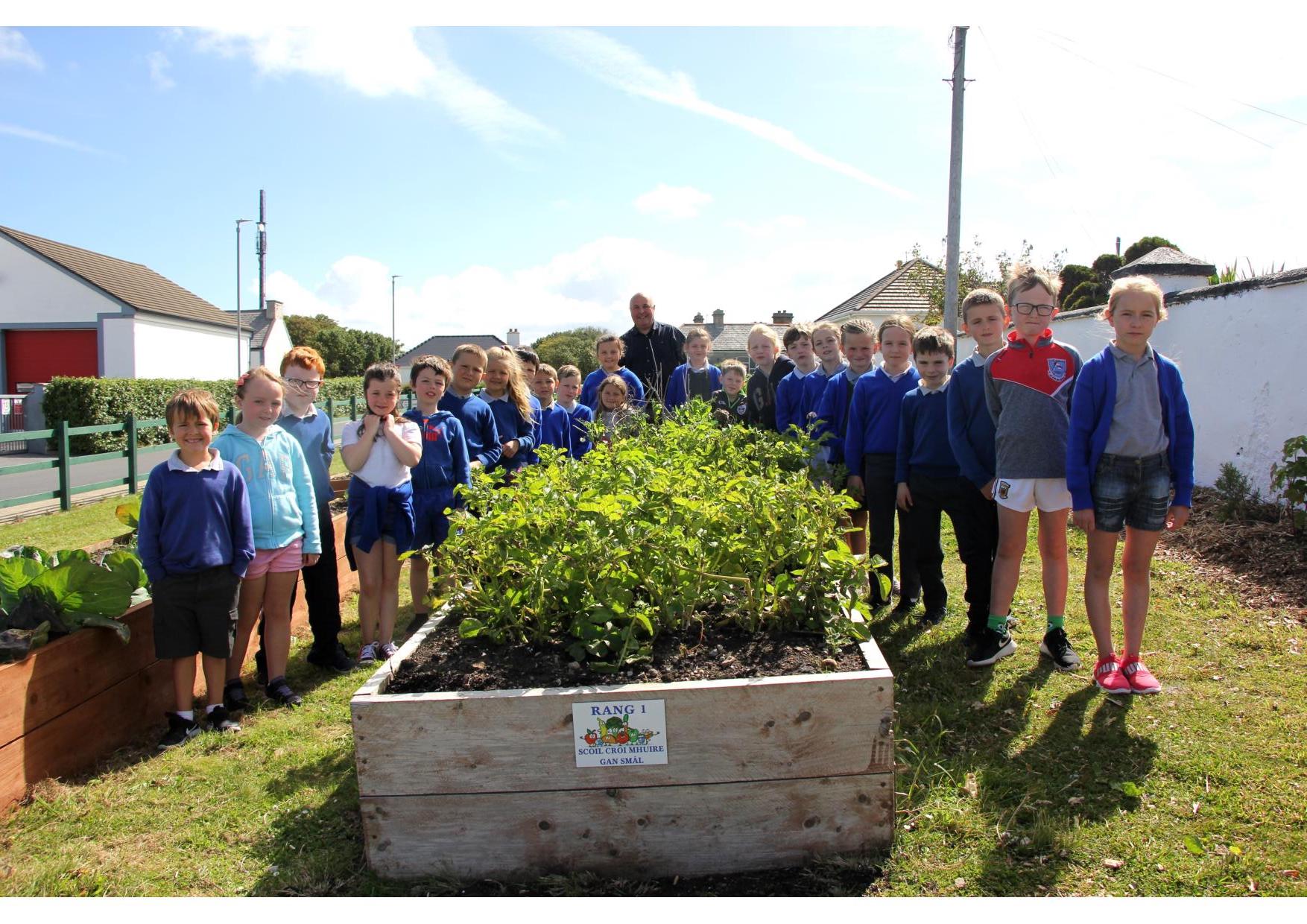 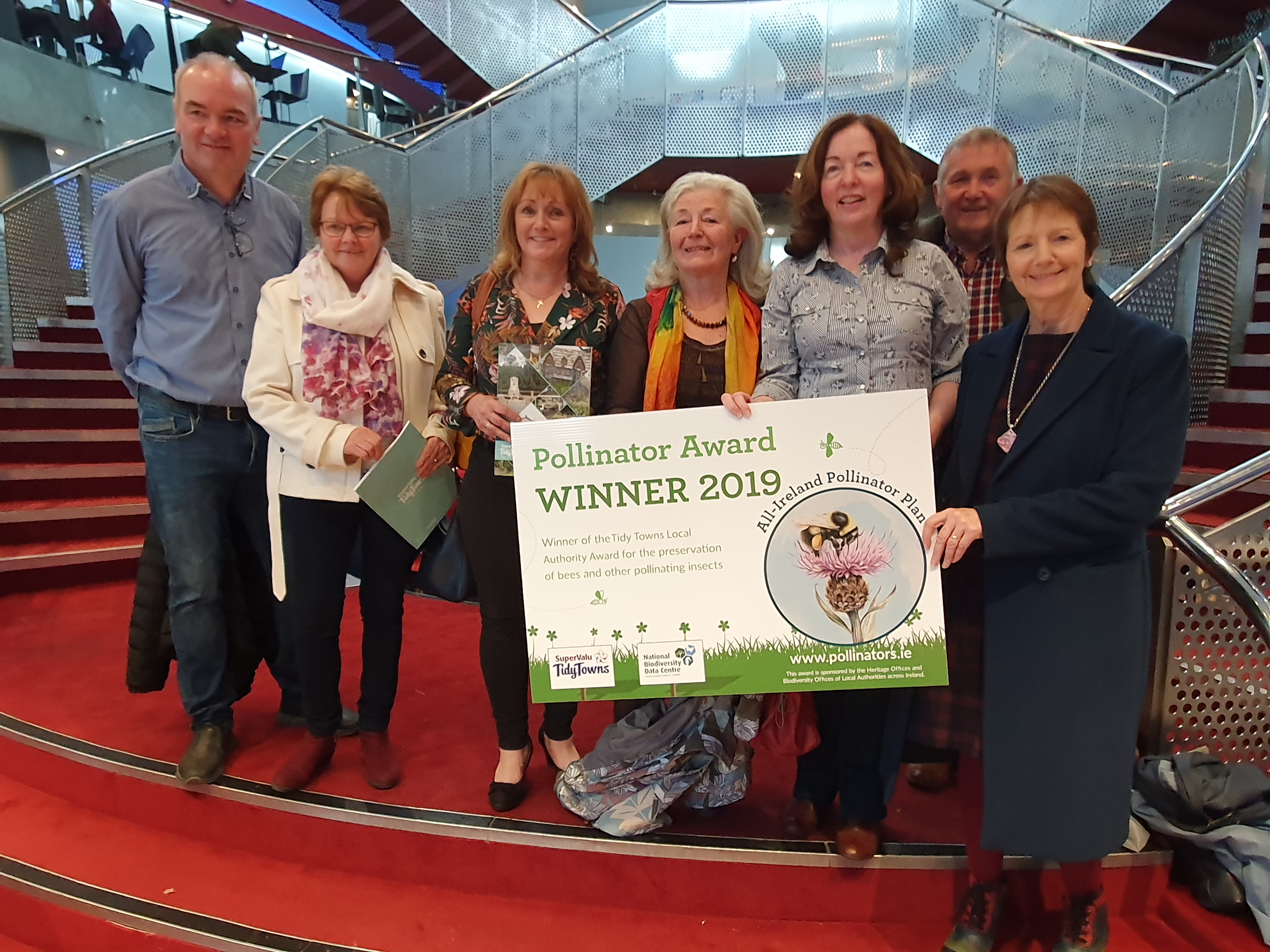 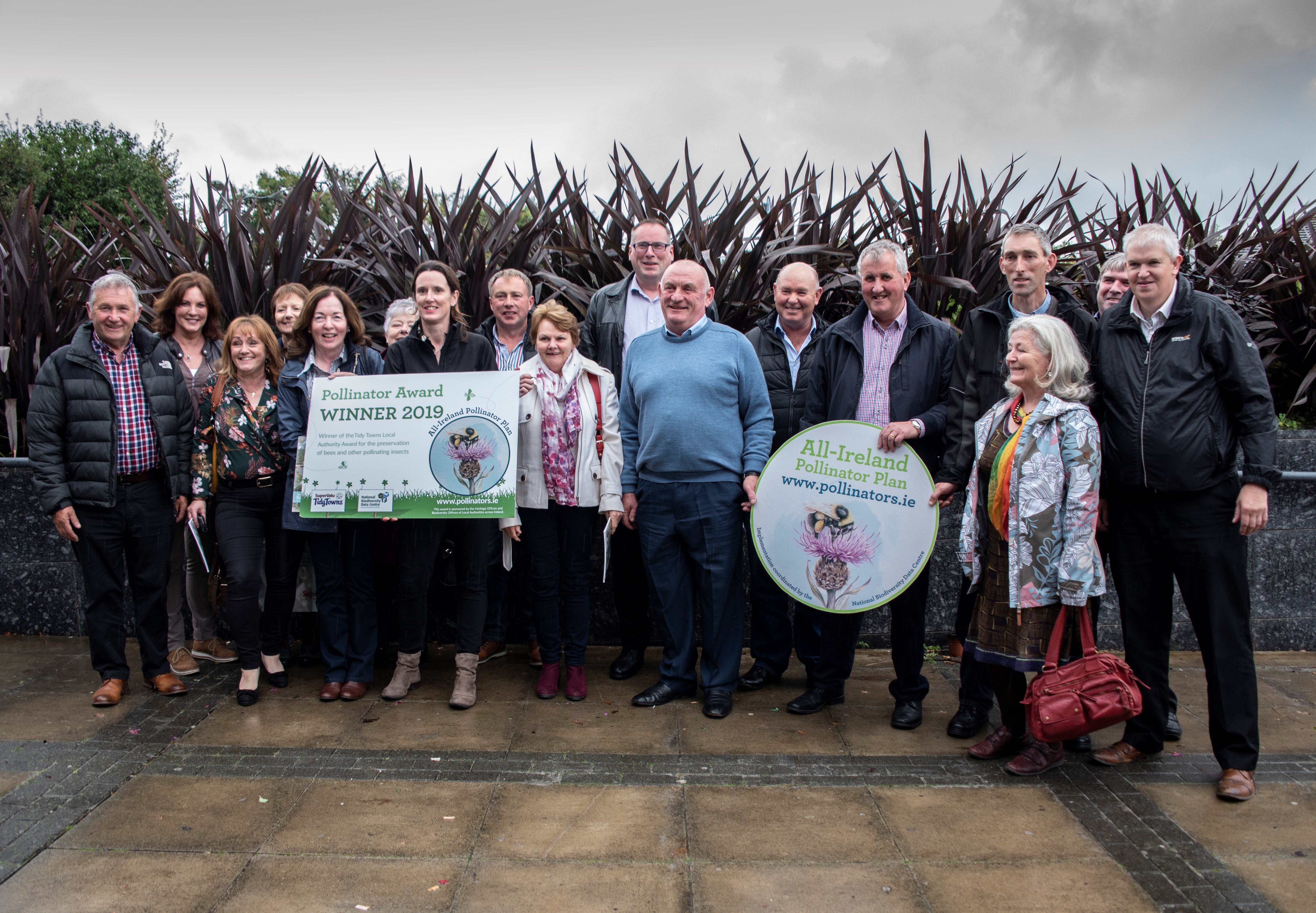 The team after their win at the Tidy Towns awards in September 2019 at the Helix in Dublin.

Drawing on the All-Ireland Pollinator Plan, we first identified 10 sites within Belmullet town that we could maintain under a pollinator-friendly regime. This includes:

Having had a really positive response to our ‘Bees and Seas’ photographic exhibition, the next stage of our biodiversity cycle will include, bringing training to a much wider audience of young people, farmers, gardeners, tourism and accommodation providers, and implementing the recently published guidelines on protecting the Great Yellow Bumblebee. In doing so, we hope to create a more sustainable future for both wildlife and residents in Belmullet and on the Mullet Peninsula, where we are all endangered species!